Anouk: Her style and influences 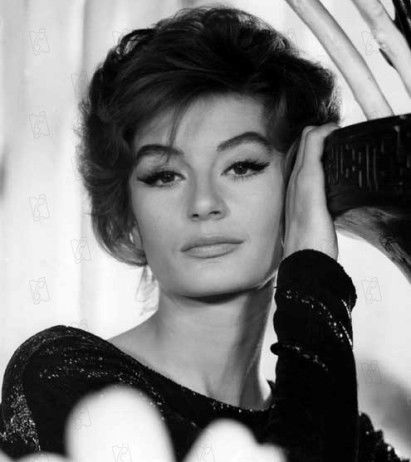 I was recently interviewed for a doll collectors blog where they asked me to define Anouk's style and what her influences were.  I thought it would be interesting for you to read about some of the women that shaped the doll herself. There were many people, and many things but some of the most important ladies that embody and are great ambassadors for Anouk style are:

There is quite a spectrum there, from the sophisticated, earthy, girlish, womanly, sexy, and demure but I feel Anouk embodies all these traits.

Anouk Aimée
Incredibly beautiful and enigmatic French actress. Star of many classic films and a paragon of beauty and sophistication. She was considered "one of the hundred sexiest stars in film history," according to a 1995 poll conducted by Empire Magazine. She frequently portrayed the quintessential Femme Fatale cursed by her own beauty. Anouk not only borrows her name, but hopefully some of her effortless style and glamour. 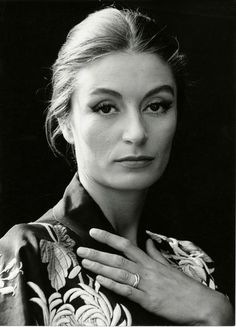 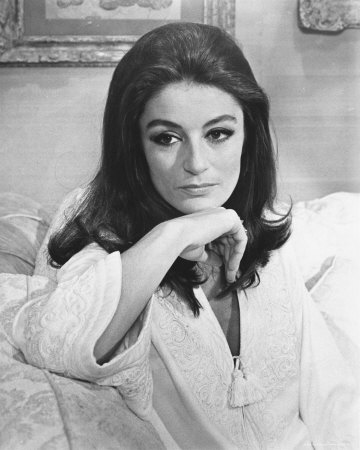 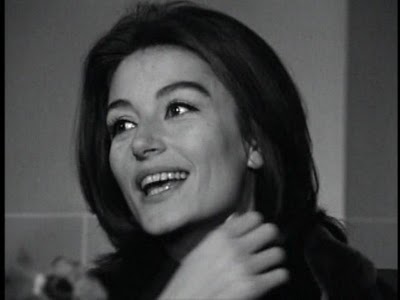 The eternal gamine, Dorléac appeared in several movies before hitting stardom with Francois Truffaut's melodrama La Peau Douce(1964). Her ethereal beauty and simple and chic wardrobe made her look like a living Francie doll. I always preferred her to her now more illustrious sister Catherine Deneuve. Not many remember her now because tragically when she was on the brink of international stardom, she died in 1967 in a horrific motor accident. She lost control of a rented car and hit a signpost ten kilometres from Nice on the highway. The car flipped over, and burst into flames. She had been en route to Nice airport and was afraid of missing her flight. She was seen struggling to get out of the car, but was unable to open the door. Police later identified her body only from the fragment of a cheque book, a diary and her driver's licence.
Her unusual voice, impressive acting, style and beauty have always stayed with me. 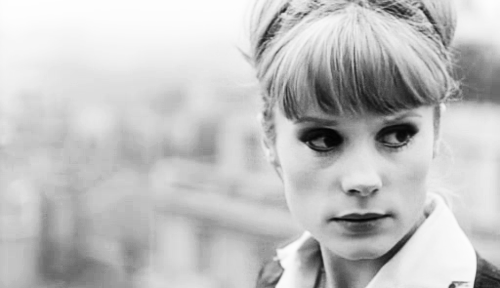 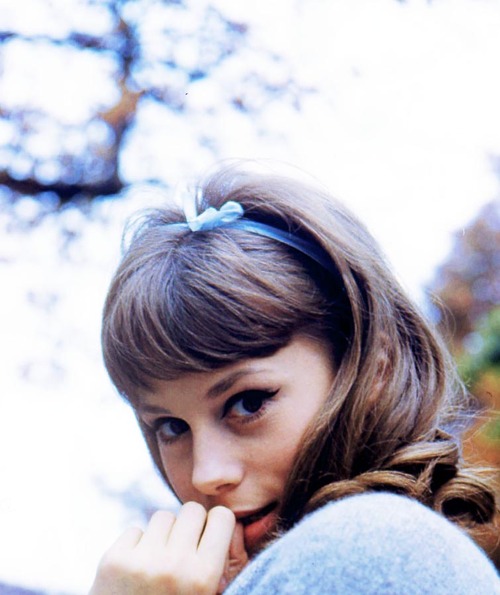 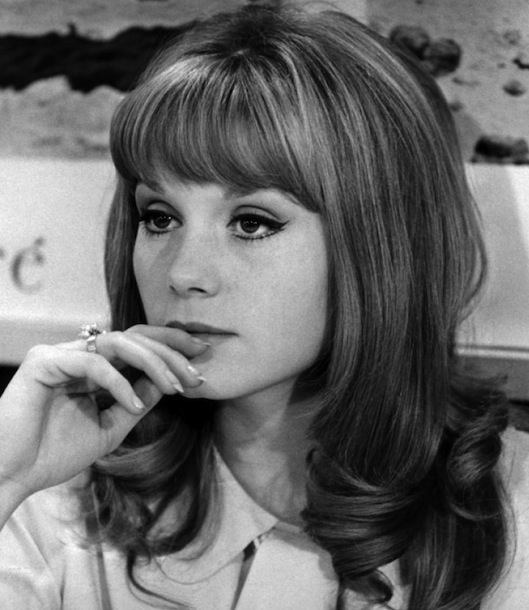 Brigitte Bardot
She certainly needs no introduction. French super star and international sex symbol. I have always admired her symmetrical features but also her potent combination of self confidence and devastating sex appeal. She has a wonderful earthy quality too, that keeps her feet firmly planted on the ground and makes her a little less unobtainable than some of her contemporaries. 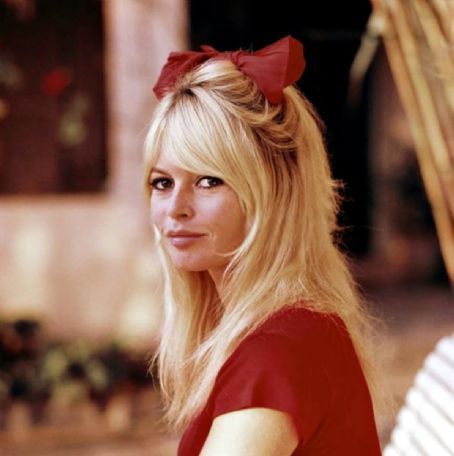 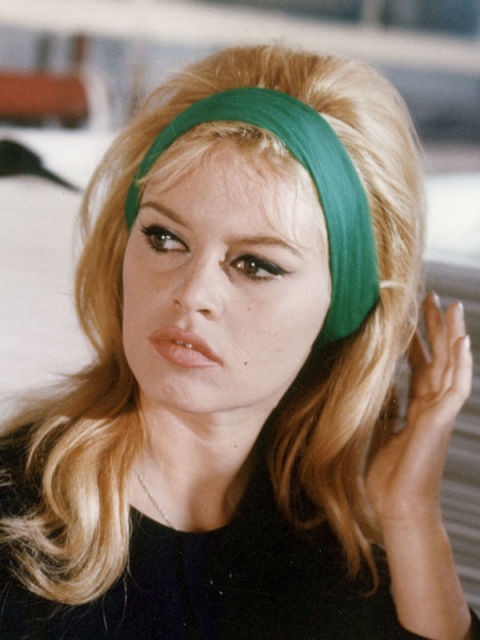 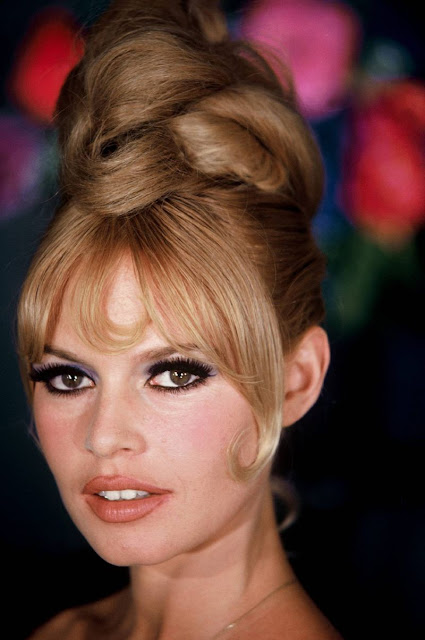 Anna Karina
What more can you say about a woman who was the muse of Jean-Luc Goddard? A true pioneer of French New Wave Cinema, she had a wonderful combination of beauty and great screen presence. Her Danish charm was undeniable. 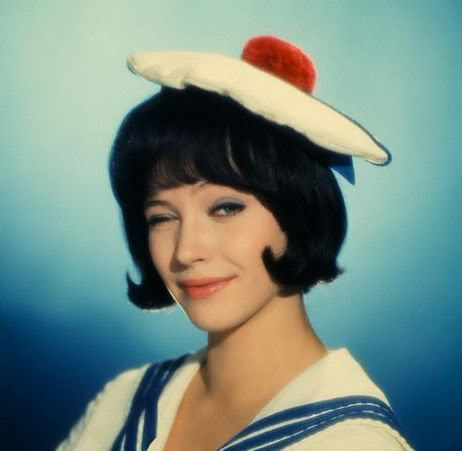 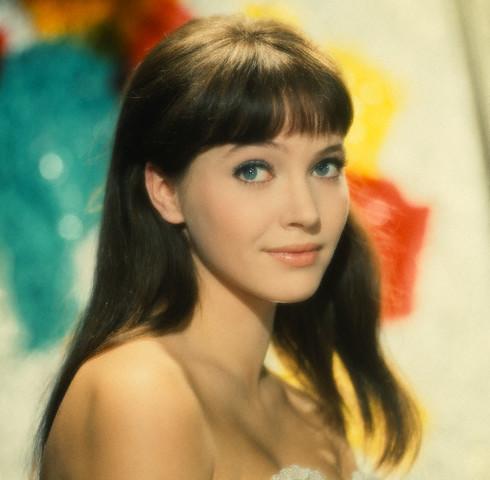 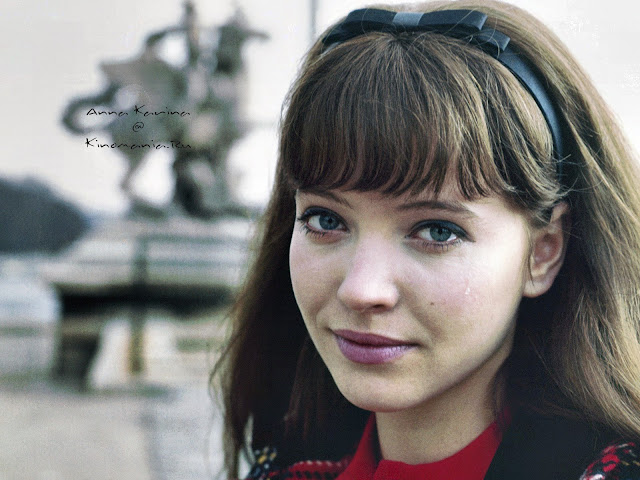 Jeanne Moreau
They don't come any more famous than this. Screen luminary, International star, sex symbol and award winning actress. Jeanne Moreau redefined what a leading lady was when she burst into the limelight in 1958. Then aged 30, bags under her eyes and a definite woman with a past. Her magnetic screen presence, intelligent performances and great charisma elevated her to the heady heights of film super-stardom and made her the darling of film critics. Her peroxide blonde hair and deep suntan in the film La Baie Des Anges was a big influence on Cote D'Azur Anouk. 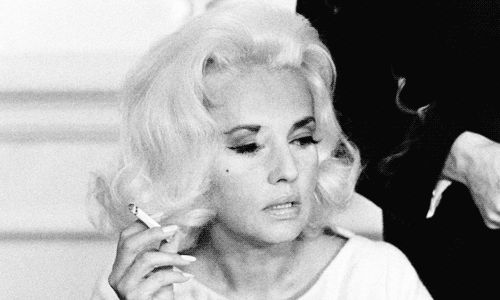 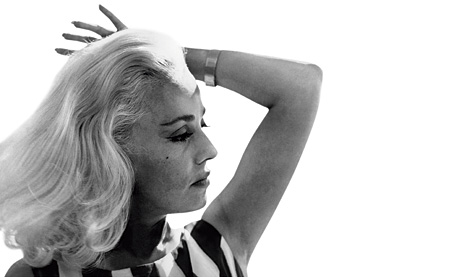 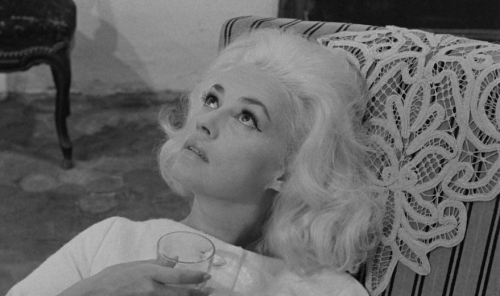 Sylvie Vartan
French Teen Pop princess that went on to mature into a respected and popular singer in France and wider Europe. Her early gamine appeal, and fresh faced prettiness made her truly radiant. She is known as one of the most productive and tough-sounding yé-yé artists. Her performances often featured elaborate and energetic choreography, and she made many appearances on French and Italian TV. She is almost like a human embodiment of an Anouk doll. 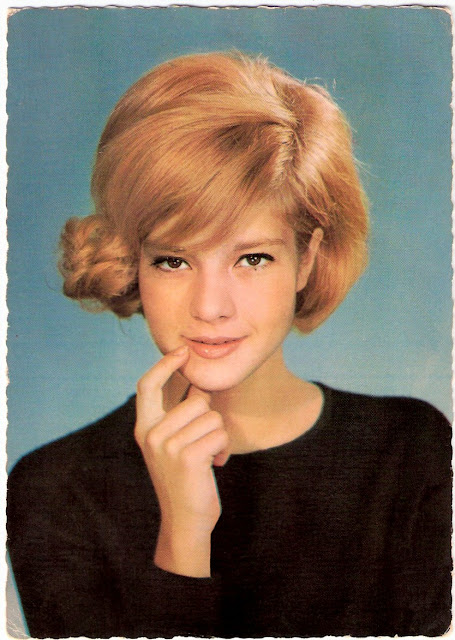 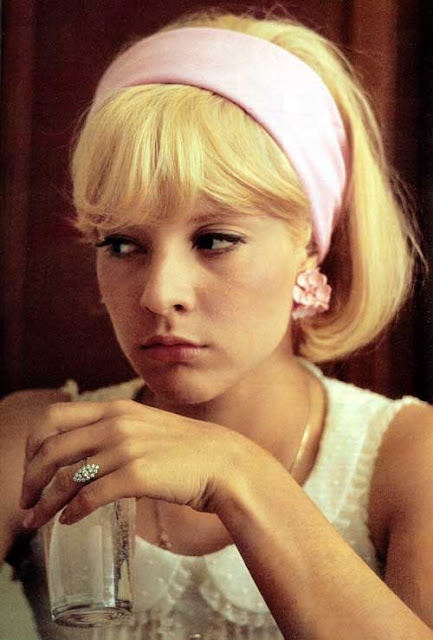 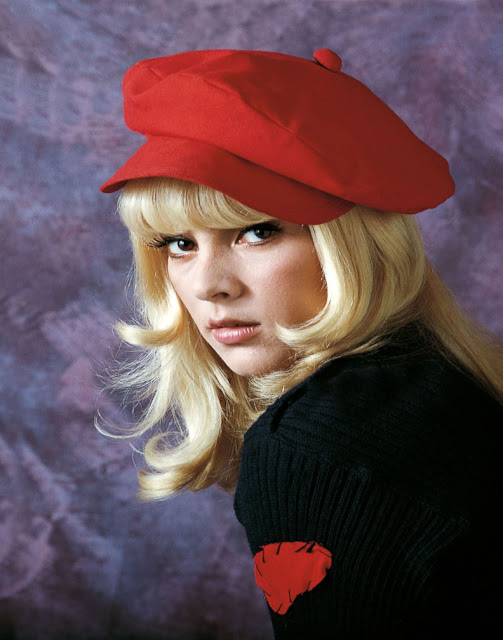 Colleen Corby
The only American to make it on the list but her cute clean cut looks and Francie doll style are so appealing to me, I know when Anouk was finished there was a definite Collen factor in there! An extremely prolific and successful model in the 1960s her chief fame was perhaps most closely associated with Seventeen magazine, appearing on an unprecedented 15 covers in the 1960s (five times in 1964 alone) and in the magazine's fashion spreads almost every month. 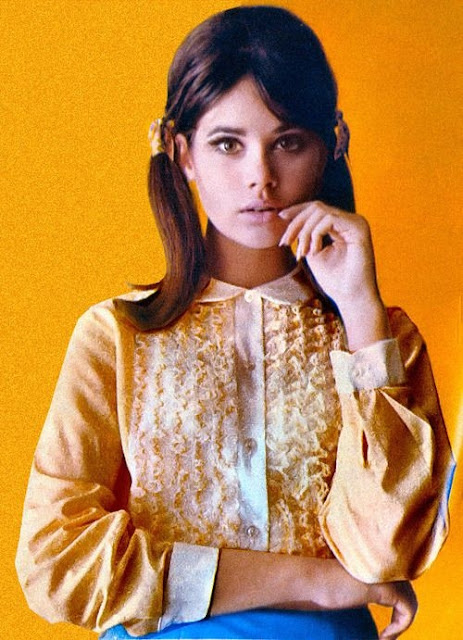 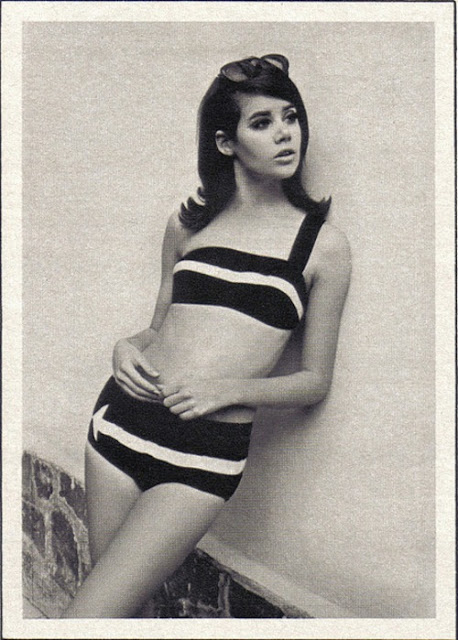 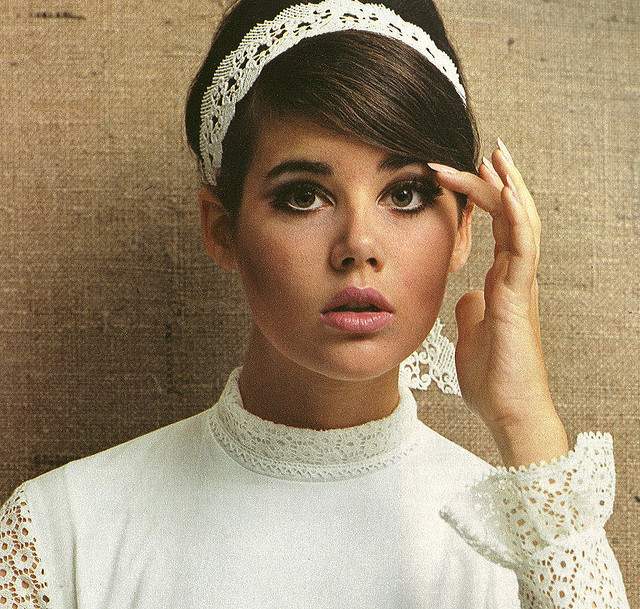 So in essence Anouk is an amalgamation of all these women that have intrigued, inspired and beguiled me for many many years now. It was not really a conscious decision to include traits of all of them, but when the final prototypes were presented to me, I realised how aspects of all of them had made it into her spirit. 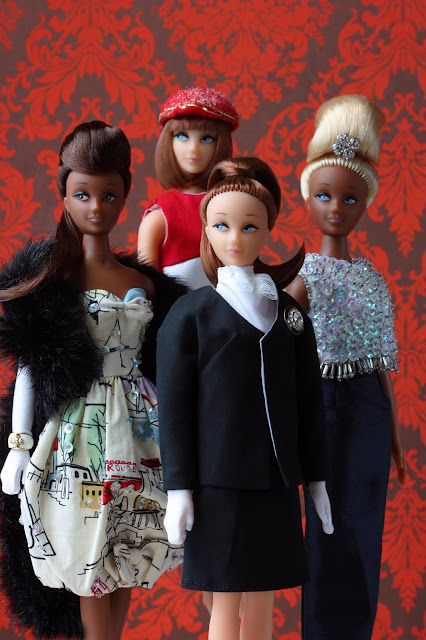 For all trade enquiries please contact Nav at navsikand@aol.com
Posted by Nav Sikand at 09:33 No comments: